Attached are a photo of Eloise’s model and a few sketches I did in studio while looking at an image of Eloise’s to help encourage the students to over lay tracing on top of photos of their models, and to retain the strength of the sculptural work in the final plans and sections.

Notice that these are just beginnings, but demonstrate the kind of sketch evolution that can help evolve innovative sculptural work into a believable architecture. 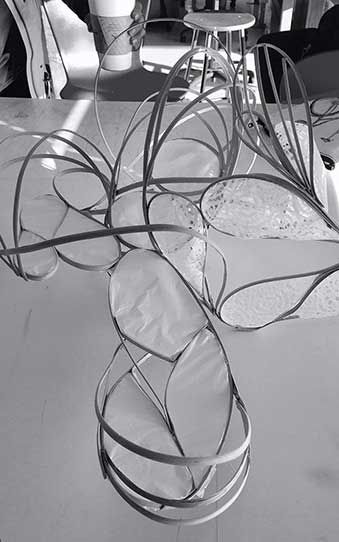 The concept for the Eloise’s work is “water”. Eloise built a model of this “flow” based concept. The models was then used as a sketch underlay. What I show in my sketch here, that I did in conversation with Eloise, is a slow development of section and plan. What is shown in the plan is not necessarily where the actual rooms and spaces will lay out. Yet its a good start that respects the basic geometry of Eloise’s design.

I also set a grid of structure into the plan. The structural grid may become more complex, but in fact it doesn’t need to even be a grid.

In addition we discovered in conversation how roller coaster engineering could be relevant to the design. This became evident as we sketched and analyzed the work . The swirling structure, then, could be a continuous series of steel tube trusses that may or may not be encased in a steel or aluminum box construction. I kind of like the idea of the exposed truss, for instance. Enclosure can happen through intermediary trusses as shown in the elevation/section sketch. The student should use an architect’s rule while developing sketches like this and expect to use many layers of tracing paper to build up the imagery. 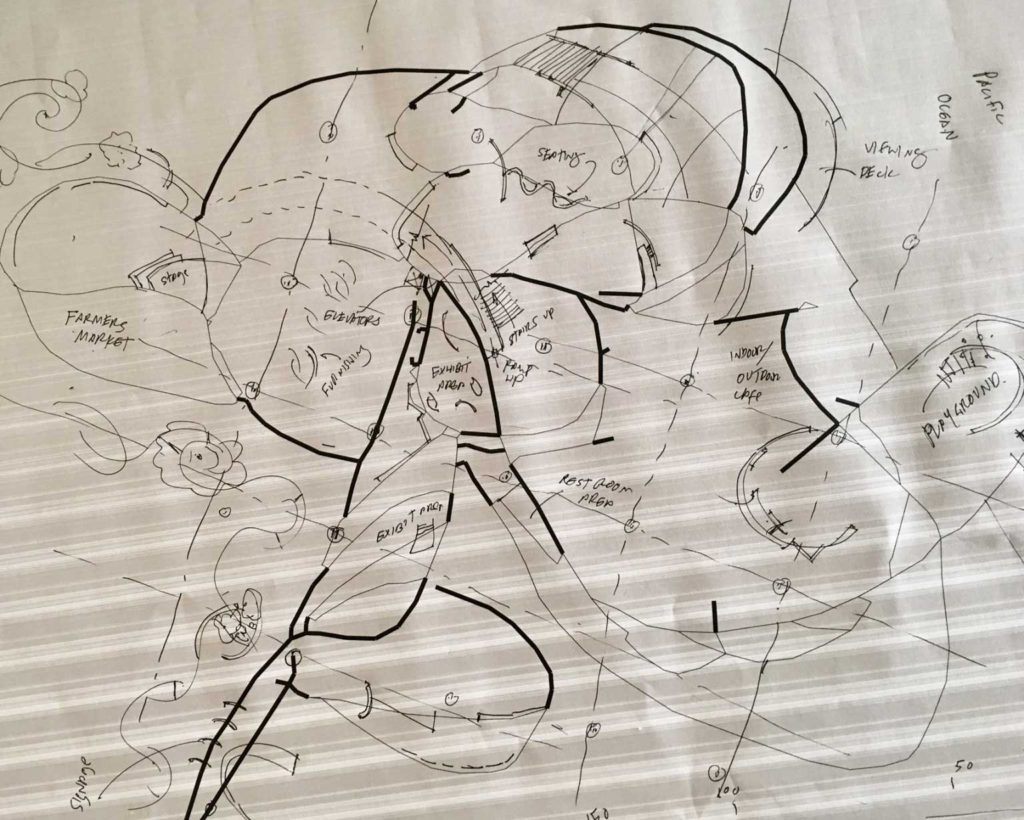 Image of the sketch plan overlay while looking at an image of Eloise’s model of her concept, by the instructor (Dave) 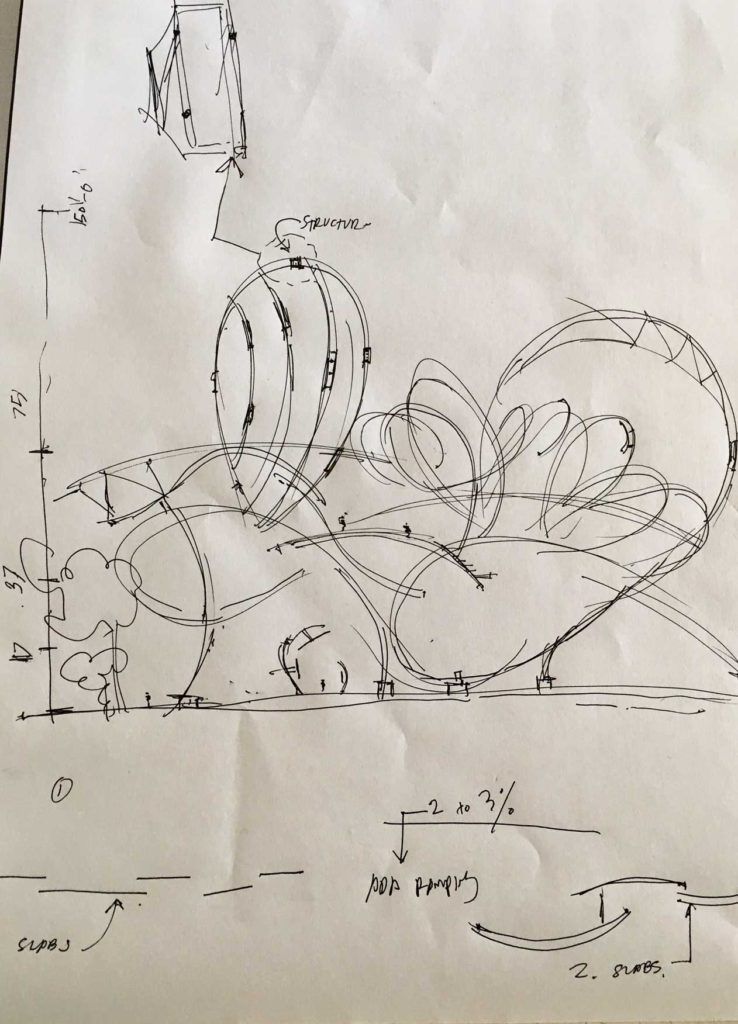 Read More on Our Blog

David Kesler is a Multi-Disciplinary Architectural Firm in San Francisco

David Kesler is a multi-disciplinary firm specializing in architectural services for residential, commercial, and institutional clients.